Overcoming Another Kind of Addiction

Please welcome fellow Gravity Imprint writer Dana Leipold to my blog today. Many Gravity writers are participating in a blog swap over the next few weeks, and I’m thrilled to have Dana as my first guest. You can read Dana’s bio below, but let me just say that she’s a wonderful writer and I think you’ll really like her work. In this post, she talks about a difficult topic: anorexia in a family member. 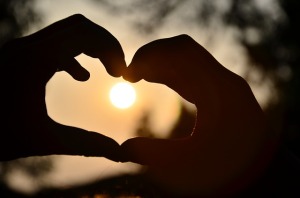 Her clothes hung off her shoulders as if she were a mere hanger. Her arms at her sides were incredibly thin, and her wrist bones poked out like the knobs on an old gnarled tree. We were afraid that if we hugged her too tight she’d break.

This is how I remember my mother for most of my childhood.

I first heard the word anorexia when she was diagnosed after a series of tests for bizarre diseases all came back negative. My mom knew how to hide her eating disorder like a master because she had been doing it most of her life. I was only ten years old at the time and I thought, “All we need to do is give her food and she’ll be better.” But it wasn’t that simple.

My mom almost died after she lapsed into a coma when she hit her lowest weight, 89 pounds at five feet, five inches tall. I was about 12 years old at the time and I developed debilitating panic attacks. An overwhelming sense of fear clouded everything in my life. I didn’t have a lot of friends in high school. At my college graduation, I had to take a tranquillizer just to walk down the aisle to get my degree. I rarely took risks and I’m pretty sure my panic disorder ended my first marriage.

It wasn’t until I was thirty years old and working with a compassionate therapist that I realized there was a connection between my mother’s anorexia and my panic attacks. I had been suffering from PTSD and I didn’t know it. My therapist helped me work through the trauma and I began to heal, but my mother still struggled. Sometimes she maintained a healthy weight and sometimes she wouldn’t eat. It was frustrating because we all knew, even she did, that she had anorexia. After three years of therapy, I had a major epiphany: her eating disorder had nothing to do with food.

My mother was severely abused as a child by her parents. She lived in fear and had very little control over her life until she was 18 years old when she moved out of her family home. She developed anorexia as a way to cope with the trauma of abuse. Not only did she gain a sense of control when she had none, she also felt better about herself as she lost weight. Her mother often commented about her “cow-like” body when she was younger. Anorexia was my mother’s addiction. Like many addicts, she would stay away from it for a while but if something triggered her, she’d end up starving herself because it gave her solace from the pain.

Luckily, my family found her a therapist who specialized in treating eating disorders as an addiction. My mother is still with us today having found a way to manage her addiction. What was once something that brought my mother and I to our knees, her anorexia has helped us grow. We discovered things about ourselves we wouldn’t have if we hadn’t struggled with her disease. She is resilient and I am strong, proving there is nothing that cannot be faced where there is love and hope.

Dana Leipold is a freelance writer and author. Her award-winning debut novel, Burnt Edges (published by Booktrope) has gained critical acclaim. She also self-published two books, Stupid Poetry: The Ultimate Collection of Sublime and Ridiculous Poems and The Power of Writing Well: Write Well. Change the World. She helped found, Kōsa Press, an independent publishing label specializing in shared universe anthologies and is a member of the Association of Independent Authors. She practices yoga, loves funny cat videos, and lives in the San Francisco Bay Area with her husband and two children. You can visit her blog at www.danaleipold.com.

My three published novels, LEAVING THE BEACH (a 2016 IPPY Award winner), LIVING BY EAR, and IT DOESN'T HAVE TO BE THAT WAY focus on women figuring out who they are and what they want from life. Music and musicians have a way of finding their way into the stories. I live in the Boston area with my family and pets.
View all posts by Mary Rowen →
This entry was posted in #MondayBlogs, aging, beauty, blog hop, blogs, eating disorders, guest blog, guest post, health, weight and tagged anorexia, child abuse, Dana Leipold, eating disorder, eating disorders, healing, PTSD, therapy, trauma. Bookmark the permalink.

2 Responses to Overcoming Another Kind of Addiction