Can American Women Raised in the 70s Have Healthy Relationships With Food? 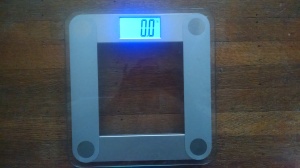 When I was a kid, my family used to vacation at the same beach every summer. And, since several other families also vacationed there each year, we made some wonderful friends. But of course, there would always be a few new people mixed in with the familiar crowd, and for a couple of summers—when I was between the ages of eight and ten—the new person who caught everyone’s eye was a woman in her forties who looked great in a bikini.

Now this woman’s life was filled with true sadness and pain—some of the worst stuff imaginable—but for the sake of keeping this post on point, I won’t expound on that. Instead, I’ll focus on her body, which was toned, tanned, and the envy of pretty much every other adult woman on that beach. “How does she stay so trim?” I’d hear people saying. “She doesn’t even smoke.”

No, as far as I know, she didn’t smoke. Not even Virginia Slims, the cigarettes that always featured a lovely, thin woman in their ads. In fact, the woman and her husband were “health buffs.” They jogged on the beach, ate sandwiches made with natural peanut butter and rolled oats, and added Brewer’s yeast to their food.

But one day—I’m not exactly sure why—the woman disclosed to my father that her favorite food was ice cream. However, since her husband didn’t approve of anything so sugary and fattening, she’d lock herself in the bathroom every night and gobble it up in secret. My dad was fascinated. How could she eat so much ice cream and still be skinny?

Meanwhile, my family and our beach friends also ate ice cream every day; there was a stand nearby that sold amazing cones, frappes, sundaes and banana splits. However, none of the other adults wore bikinis. Instead, they spent many of their daytime hours lying in the sun in more modest bathing suits, discussing the various diets–there was always some crazy new diet–they were planning to start as soon as they returned home.

And that’s how I grew up thinking about food. It was delicious, and you ate it for happiness. What was dinner without dessert? A movie without soda, popcorn, and candy? Summer days were spent playing outside, but then heading to the corner store or a friend’s house for Devil Dogs, popsicles, cookies, Kool-Aid, and chips. Then, if you got too fat, you went on a diet. Diets were bad, dirty things, but they were a part of life. The way I understood it, you ate as much as you wanted, you put on weight, and then you suffered. Moderation? What was that?

Now I don’t blame my parents. I don’t blame anyone. But I think the seventies were a particularly unhealthy time to be a kid. The junk food movement was exploding, yet there were very few studies detailing how bad the stuff was for us. Blissfully unaware of the dangers of trans fats, high fructose corn syrup, animal fat, processed foods, white sugars, and fast food, we chowed that crap with abandon, knowing that the evil diet was always out there to save us if we needed it. We weren’t anorexic or bulimic (yet) but we may already have had eating disorders.

Then, we got to high school in the eighties and were sideswiped by images of supermodels like Christy Brinkley. We looked in our mirrors and saw that…well, it was time for that diet.

In my case, I became a lettuce aficionado. Grapefruit, carrots, and celery were good too. And running to the point of dizziness. Eventually, the exercise and starvation got too unpleasant, so I learned to make myself vomit. And guess what? I figured out how that woman at the beach managed to look so good in those bikinis, despite her nightly ice cream binges.

I was bulimic for over fifteen years. And obviously, during that time, I had an extremely unhealthy relationship with food. But even before that, it was pretty darn bad.

Fortunately, I got good help for my eating disorder. I married, had children, and vowed never to purge again on purpose. And I’ve kept that vow. I eat well now, and exercise moderately. But I often wonder if my current relationship with food is truly healthy, and if it’s even possible for women of my generation to enjoy such a relationship. Because we grew up with such confusion around eating, such mixed messages. Not to mention that there were almost no young female role models in the media with curves.

Things are better these days. Sometimes, I look at the celebrities the current generation regards as examples of healthy body image—Beyonce, Jennifer Lopez, Pink—and literally shed tears of happiness. Are some teenagers still starving themselves? Sadly, yes. Do people still puke up their meals? Absolutely. But it seems to me that in general, kids are growing up with a better understanding of food and exercise. And even if they don’t always practice the safest behaviors, at least they know what’s good for them, and what’s not. I’m so grateful. We’ve come a long way, baby.

And yet, every time I hear a woman my age ordering a salad with dressing on the side—heck, every time I do that—a little voice inside me wonders if our generation is permanently scarred. The same thing happens when I see a family enjoying ice cream on a summer night while the mom sips a Diet Coke.

And here’s something else. In March, my appendix ruptured, and I had problems with digestion for almost a month after getting released from the hospital. During that time, I experienced temporary weight loss and terrible cramping in my pelvis. Friends told me I looked too thin. But I have to admit that the sudden weight loss made me sort of psyched. I could fit into clothes I hadn’t worn in years. Healthy? What do you think?

My three published novels, LEAVING THE BEACH (a 2016 IPPY Award winner), LIVING BY EAR, and IT DOESN'T HAVE TO BE THAT WAY focus on women figuring out who they are and what they want from life. Music and musicians have a way of finding their way into the stories. I live in the Boston area with my family and pets.
View all posts by Mary Rowen →
This entry was posted in eating disorders, life, weight and tagged anorexia, appearance, bulimia, eating disorders, scale, weight, weight issues. Bookmark the permalink.

10 Responses to Can American Women Raised in the 70s Have Healthy Relationships With Food?