Truth Is the Best Answer in #Deflategate 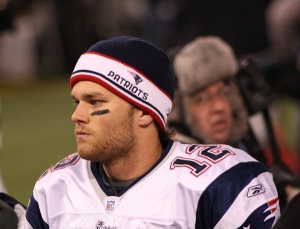 If you live in Boston—or anywhere in the U.S.—there’s a good chance that you’re at least “generally aware” of the “Deflategate” scandal involving the New England Patriots and their golden boy quarterback, Tom Brady.

I’d like to say right off that I don’t watch football, but many, many of my friends—men and women alike—do, and they adore Mr. Brady. Therefore, I’ve been hearing about how terrific Tom is since my now-teenage kids were babies. He’s also a consistent darling of the local media; hence I know quite a bit about his lux life, his marriage to Gisele, his beautiful family, his Ugg wearing, and his admirable charity work, especially with the Best Buddies organization. And hey, the guy seems pretty adept at throwing a football too. Not to mention that every time the Patriots win a Super Bowl, lots of people in my life get really happy, and it’s nice to be around happy people. In short, I’ve never had anything against Tom Brady. He’s always seemed like a sweet, decent guy, and a positive addition to the Boston area.

But now we have Deflategate. And I simply can’t understand why the Patriots and Brady can’t just come out and say something honest or apologetic. Because there are facts in this case. One being that the footballs, when checked at halftime, were below the allowed pressure in the NFL.  There’s also video footage of one of the Patriots’ workers (Jim McNally, a man who in text messages refers to himself as “The Deflator”) taking the game balls into a bathroom right before the game for no apparent reason.

Of course, there’s so much more too. The 243 page Wells Report, which concludes that Mr. Brady was “at least generally aware” of what was going on with the balls, provides a plethora of information.

But the Patriots? It seems as though they can’t accept any blame at all. And I just don’t understand that. As so many people have pointed out, no one’s accusing Tom Brady of being a murderer, a rapist, or a woman-beater—although sadly, some football players have been convicted of those heinous crimes. In fact, other football teams have done things in the past to alter the air pressure in their footballs, and they’ve gotten caught. But they’ve taken their punishments, and moved on.

So again, my question is why. Why is it so important to the Patriots organization that they be perfect? Perhaps more importantly, why is so important that Brady be perfect? Sure, he’s a role model–and a positive one to countless young athletes–but he doesn’t need to be perfect. Isn’t it OK just to be talented, and honest most of the time? Can’t role models occasionally make mistakes, apologize, accept the consequences, and then try harder to do the right thing? Isn’t that what life’s all about?

Today, however, the Patriots have issued a 20,000 word rebuttal to the Wells Report–a big, expensive, arrogant smokescreen written by lawyers and scientists–asking people to believe, among other things, that Jim McNally nicknamed himself “The Deflator” because he was trying to lose weight. Seriously? So if that’s all it was, then why won’t Tom Brady turn over his cell phone? He was promised extraordinary measures of privacy by the investigators–all they cared about were any texts, calls, etc. that dealt with footballs and air pressure–but he has repeatedly refused. Does he realize that this makes him look like a person who gets pulled over for drunk driving but won’t take a breathalyzer test?

And is it even healthy to try to turn a regular guy–albeit a handsome, super talented athlete–like Tom Brady into some sort of god? Because the man’s human. He’s allowed to make mistakes, like the rest of us. And I’ll bet he can handle being suspended from a few games and losing some money.

In fact, is it possible that his fans–and detractors too–might actually like Tom Brady more if they saw him as fallible?

There’s been a lot of talk about Brady’s legacy recently. Because of the overblown nature of Deflategate, there will probably always be a blurb about the scandal on his Wikipedia page, and in every biography written about him. So I’m just putting it out there: wouldn’t it be better if at the end of that blurb, it said, “Mr. Brady eventually admitted to ‘being generally aware’ of the deflating, vowed never to be involved in such a thing again, and accepted his punishment.” Wouldn’t that ultimately make him more of a hero and role model for young athletes?

Finally, I can’t imagine what it’s like to be inside the head of Tom Brady, but if it were me, I’d want to clear my conscience and get this thing over with. As people have pointed out, continuing to deny any wrongdoing could land this case in court, in which case, Brady would need to come clean with everything. Not to mention that a court case would probably be drawn-out and exhausting. And unless he really is completely innocent–and he may be–I don’t think going to court will be very enjoyable for him.

So come on, Tom! Please, think about what you’re doing and saying. And if you’ve got something to say, this would be a really good time to come out with it. Don’t worry, your New England fans will still love you. Maybe even a little bit more.

My three published novels, LEAVING THE BEACH (a 2016 IPPY Award winner), LIVING BY EAR, and IT DOESN'T HAVE TO BE THAT WAY focus on women figuring out who they are and what they want from life. Music and musicians have a way of finding their way into the stories. I live in the Boston area with my family and pets.
View all posts by Mary Rowen →
This entry was posted in football, honesty, legacy, sports, truth and tagged best buddies, deflategate, giselle Bundchen, Jim McNally, new England patriots, patriots, The Deflator, tom brady. Bookmark the permalink.

4 Responses to Truth Is the Best Answer in #Deflategate