Music and Writing: Guest Post by K. Williams for #MusicTuesday

It’s been a couple of weeks since I’ve had a guest for #MusicTuesday, and I’m very happy to have K. Williams today. 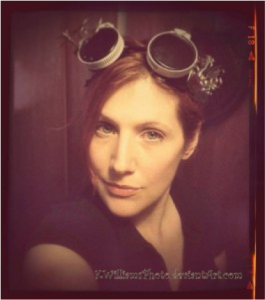 Music and Writing go together like peanut butter and jelly. Until recently, I thought I was the only one out there crazy enough to make play-lists for my books, as I’m writing them. Other authors will recognize the loneliness expressed in that statement. Writing is a solitary art and often the artists behind written art do not get out much or come into contact much with many others of their kind. In all honesty, I think a great many things I do are weird, but are simply an aspect of the personality Author.

Perhaps the loneliness is what makes authors reach out to music for an amplification of their work. I don’t know about you, but I find that when I am able to express my work I get high. I’m reenergized and want to get back to work. For me, music provided that expression. I wasn’t literally having a conversation with anyone about my work, but I was seeing my thoughts and ideas reflected or, at least, working in tandem with other artists. Thus, the book writing play-lists began.

The lists began small; one or two songs that made me really think about the work—day dream even. The one that sticks out the most for me is Ride On, performed by the McKrells, a band local to my area with national renown. You can listen to a blip of it here. I pictured the cavalry horses, the troops—the sweeping landscapes of Vermont and Emily’s thrumming heart as Joseph came to visit for the first time in the light of day—after the fire. Blue Honor grew out of those hazy day dreams. “Eyes of green…You ride the horse so well…I could never go with you no matter how I wanted to.” To this day, the images snap into my head like a film trailer. Hopefully one day that song will grace the film of the book, because the two are twined, at least in my mind.

When I wrote my next book, there was no play-list to really speak of. It’s hard to piece together music from the 40s. But for the sequel, I have managed to get some Glen Miller and others together and created a huge playlist of band and jazz that is just epic. What I did have was recording of German Sea shanties which came to me as part of a visual aid resource of the interior of a VII-C U-Boat. The scenes requiring that research, which was extensive, weren’t all that long, but they’re enormous in my mind because of the time and care I spent on them, including the music. I played the shanties while writing the scene one night. They were magnificent—both chilling considering to what they represented at the moment and aesthetically captivating.

My newest work has benefitted the most from my opening up to the play-list as a tool for visualization and focus. It was probably a lot easier to create this one, considering it was a science fiction/fantasy and set in more modern times. Historical work can be limiting for me, because I want authenticity. Digging up Civil War music and music from the WWII era is time consuming and can be expensive (a couple songs aren’t enough; I need to own nearly the whole catalog). The trilogy play-list runs the gamut of genres. They’re songs from the period that inspired the writing, songs that make me think of the period, or aspects of the story and songs that help me clearly see the dreams that also helped to inspire the work. Where the music helped me to day dream in the past, it wasn’t always just about the work I was on at the moment. Different music inspired different scenarios in my head—or a dream from the night before was being mulled over as I commuted to and from work, music on blast. These songs became weaved into the tapestry. You can listen to the playlist on Spotify: http://open.spotify.com/user/arguspicks/playlist/3nC3w0GX9DQRM7osvF4gk9. A friend of mine made that list for me to share with others. It was exclusive to the launch team, him and myself until this moment. I hope you’ll enjoy it.

Born in Saratoga Springs, New York, K.Williams embarked on a now twenty year career in writing. After a childhood which consisted of voracious reading and hours of film watching, it was a natural progression to study and produce art.

K attended Morrisville State College, majoring in the Biological Sciences, and then continued with English and Historical studies at the University at Albany, home of the New York State Writer’s Institute, gaining her Bachelor’s Degree. While attending UA, K interned with the 13th Moon Feminist Literary Magazine, bridging her interests in social movements and art. Topics of K’s writing include the environment, animal welfare, gender limitations, racial disparities, and the trauma of war.

Published novels by K include the Civil War drama Blue Honor, the Second World War spy thriller OP-DEC:Operation Deceit, and the controversial science fiction/fantasy series The Trailokya Trilogy. In addition to writing novels, K enjoy’s the art of screenwriting and has worked on the screen spec 8 Days in Ireland, and the adaptations of her current novels. Currently, K has completed the Master of Arts in Liberal Studies program for Film Studies and Screenwriting at Empire State College (SUNY), and is the 2013-2014 recipient of the Foner Fellowship in Arts and Social Justice. In 2015, K. Williams became an official member of International Thriller Writers.

K continues to write on this blog weekly, producing commentary Mondays and Fridays on hot topics with some fun diversions for your work week. Whether it’s cooking, learning a foreign language, history or dogs, you’ll find something to enjoy and keep coming back for.  Always a promoter of other artists, K uses Guest Blog Wednesdays to showcase artists from around the web and bring you interesting readings to expand your horizons. A sequel to her second novel, OP-DEC, is in the research phase, while the screen adaptation is being considered for production by film companies.

A devoted dog mom to Miss Sadie Sue Shagbottom, K is also a visual artist, producing the ZoDuck Cartoon, painting and sketching–digitally or traditionally, as well as an accomplished Photographer.

Her books can be found here.

My three published novels, LEAVING THE BEACH (a 2016 IPPY Award winner), LIVING BY EAR, and IT DOESN'T HAVE TO BE THAT WAY focus on women figuring out who they are and what they want from life. Music and musicians have a way of finding their way into the stories. I live in the Boston area with my family and pets.
View all posts by Mary Rowen →
This entry was posted in #musictuesday, guest blog, guest post, music, writing and tagged #musictuesday, Blue Honor, Civil War, Glen Miller, K. Williams, McKrells, music, playlist, spotify, writing, WW2. Bookmark the permalink.

3 Responses to Music and Writing: Guest Post by K. Williams for #MusicTuesday