#MusicTuesday: Vanessa de Largie on Staying Connected to her Late Parents Through Music

Is it Tuesday again? This week has really flown by! Today, I’m happy to welcome Australian author and actress Vanessa de Largie to my blog. This is a poignant post that I think many readers will relate to. Thank you, Vanessa! 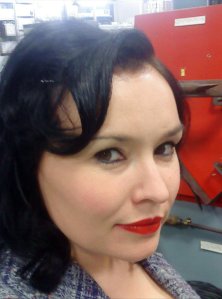 Music connects me to my parents. Their souls, their love – our memories.

Both my parents were dead by the time I was 27. I began to use music in a way that I hadn’t before. I was seeking solace, answers – I was seeking nourishment.

As humans we crave connection. We are driven to join the dots. My foundation had been ripped from under me and it was time to rebuild.

Most people reminisce through photographs. I reminisced through songs. Each song was a snapshot in time, a time machine – that carried me back to a memory.

Some songs were like bruises – they hurt when pressed. Other songs sparked a cause for celebration. A celebration of what once was.

All of my emotions were being played within the octave of grief. Music theory lessons never prepared me for this.

It was more helpful than therapy and it was a lot cheaper. It was cathartic to play songs that triggered memories. It was cathartic to be so beautifully aware of my own pain. I was facing grief head-on – I was shining a light on it and it had nowhere to bury itself and hide.

As the weeks rolled into months and the months rolled into years – my heart began to strengthen. Sometimes I would hear a song and be caught off guard. I would crumble into a heap and wonder if I’d made any progress with my grief at all.

But mostly, music after their deaths became a beacon.

A compass – to find my way home.

Vanessa de Largie is an award-winning actress and author based in Australia.  She is primarily interested in issues that affect women and much of her writings reflect this. For the past 15 years, Vanessa has worked in the film industry as a professional actress.
In 2013, she had her first book published by a Parisian publisher.  Since then she hasn’t looked back.  To find out more about Vanessa’s work visit her website www.vanessadelargie.net

My three published novels, LEAVING THE BEACH (a 2016 IPPY Award winner), LIVING BY EAR, and IT DOESN'T HAVE TO BE THAT WAY focus on women figuring out who they are and what they want from life. Music and musicians have a way of finding their way into the stories. I live in the Boston area with my family and pets.
View all posts by Mary Rowen →
This entry was posted in #musictuesday, guest blog, guest post, music and tagged #musictuesday, afterlife, Booktrope, connections, death, love, memories, music, parents, souls, vanessa de largie. Bookmark the permalink.

4 Responses to #MusicTuesday: Vanessa de Largie on Staying Connected to her Late Parents Through Music