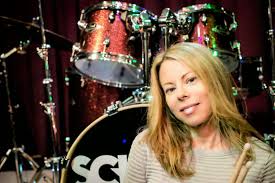 Today, I’m so happy to feature one of my favorite new authors, Ina Zajac, on the blog. Ina’s novel, Please, Pretty Lights is a gritty story about a woman’s search for love and happiness in a world that has let her down in some horrific ways.

MR: So Ina, when did you realize that you wanted to write novels? Also, do you write full time, or do you have another job?

IZ: I remember wanting to be an author back in high school, but it just seemed I should be a journalist first. Back then I wasn’t confident that I had anything worthwhile to say to the world. It seemed I didn’t have enough life experience from which to draw. Yes, I do write full time or as close to full time as I can manage as a busy mother.

MR: Yes, I understand that. As a mom of two teens, I go through periods of time when I get a lot of writing done, but other times, family stuff is more important. Anyway, I loved Please, Pretty Lights for numerous reasons. One is your protagonist, Via, who’s a complicated person, to say the least. How did you come up with the concept of Via?

IZ: Via has evolved quite a bit since she first started to visit my daydreams. Initially, she was a young church girl who was desperate to broaden her horizons. After meeting Matt and Nick she begins to wonder why these two drug dealers seem to show much more honor and kindness than members of her own church community. At the same time, I began thinking about Via as a young girl; the witness to her father’s untreated mental health issues and her mother’s inability to free herself. This knowledge fueled my desire to make her so bent on receiving attention from men. Later her corny sense of humor and sweet heart became clear.

MR: One thing I found interesting in Please, Pretty Lights is the church that Via is involved with. I think you did a great job describing the nature of that church, which seemed to be based on good principles, but attracted both wonderful people and others who were, well, less wonderful. Why did you choose to write about this church? Were you expressing personal views about religion, or is the church simply an allegory for society in general?

IZ: Okay, brutal honesty alert: I am a spiritual person with an old-school church background. I am rebellious by nature, always questioning authority. I attended a Catholic high school as a non-Catholic. I never bought into the concept of confession because I thought having a priest – a middle man – was unnecessary. Why couldn’t I just go to a park and meditate? I wondered. Can’t god meet me in a park? Or anywhere? And, if god is omnipresent, then wouldn’t god already know my faults? To each their own, but for me god is not a judgmental outside force anyway. God is who we already are. I don’t believe we are separated. You are god. I am god, and so is absolutely every person, and thing. Every particle is “part” of god. Think Carl Sagan from the original Cosmos. We are all “star stuff.” This being said, I have been fortunate to meet countless “good” religious types. The character Beth serves to exemplify them. They are the quiet ones. You won’t see them on television criticizing anyone because they are too busy loving, serving, and shining their light.

MR: That’s so interesting. I went to Catholic elementary school and also taught in a Catholic school after graduating from college. (My mom’s cousin was a nun and she helped me get the job). But for various reasons I won’t get into in the interest of saving space, neither of these schools struck me as particularly “churchy,” and at both of them, I met so many people–many who weren’t Catholic, but were certainly spiritual–who were there to help other people learn and grow. I don’t practice any organized religion now and I’m really saddened by many of the political views embraced by modern Catholicism, but I also think it’s criminal how religious radicals and extremists have given a bad name to people like Beth, who is kind, nonjudgemental, and beautiful.

So let’s move on to another topic. Via is also the victim of some terrible violence. I found some parts of the book upsetting, as I find all violence–especially violence against women–sickening. What compelled you to add this to the story?

IZ: Violence against women and children happens. It’s difficult to talk about, but I wanted to try. Via models her own mother’s journey. The cycle of abuse is persistent. Via spent her early years hearing her mother say things like, “Please be a good girl today. Let’s not make Daddy mad.” The message there is one of misplaced responsibility. It’s a sick, but prevalent belief. “Daddy is mad because I did something to make him mad.” I believe we can never make anyone else do or feel anything. Making someone else happy or sad is a myth. It’s an easy excuse, but false. If a man is going to beat his wife, it has little to do with her at all, but with his own issues: fear, addiction, anger, lack of control, abusive childhood. Personally, my father was very kind. Rarely even raised his voice. Still, as an adult I was involved in an emotionally and physically abusive relationship. I recently wrote a blog about it. I have been overwhelmed with the positive comments I’ve received since.

MR: Yes, that was an incredible blog post, and I’m sure it took a lot of courage to write. On a lighter note, the characters of Matt and Nick are delightful, well-rounded people. I fell in love with both of them, not only because they’re kind to Via, but also because of their flaws. They seem extremely real. Are either or both of these characters based on real people?

IZ: I love Matt. I love Nick. They represent the flip side of Via’s father and Carlos. I love men and believe most men out there are Nicks and Matts. I feel most men are well intentioned, but confused about what women really want and need. Men get their hearts broken all the time. They make tough choices. They make mistakes. Though it all, they are less likely to ever receive emotional support or forgiveness. Nick, for example, has serious childhood abandonment issues. Yet, he feels he is supposed to buck up and focus on the needs of his friends. Nick is a protector (not a complainer) because he figures that’s what it means to be a man.

MR: Yes, all people are complicated, and life is a confusing thing. I consider myself a feminist and am so glad society is really starting to focus on women and women’s issues, because there’s so much there, and so many abuses have happened both recently and historically. And yet, men can’t be neglected either, because, as you point out, it’s not easy for them either, and most men mean well. So here’s one final question: what’s next on your writing agenda, Ina?

IZ: I am currently working on the sequel: Play, Pretty Lights, which picks up the story six months after Please, Pretty Lights. Matt and Via are still featured, but in this book Nick has a bigger role, as does Whitney. It’s a stand-alone novel, but those who’ve read the first book will enjoy an extra layer.

MR: Thank you so much for being a guest today, Ina! I can’t wait until Play, Pretty Lights is available. And in the meantime, if people want to check out Please, Pretty Lights, it’s available here on Amazon.

My three published novels, LEAVING THE BEACH (a 2016 IPPY Award winner), LIVING BY EAR, and IT DOESN'T HAVE TO BE THAT WAY focus on women figuring out who they are and what they want from life. Music and musicians have a way of finding their way into the stories. I live in the Boston area with my family and pets.
View all posts by Mary Rowen →
This entry was posted in interviews, music, Uncategorized, writing and tagged creativity, domestic violence, ina zajac, new fiction, please pretty lights, religion, spirituality, writing. Bookmark the permalink.