Cover Reveal! A Beautiful Facelift for Living by Ear! 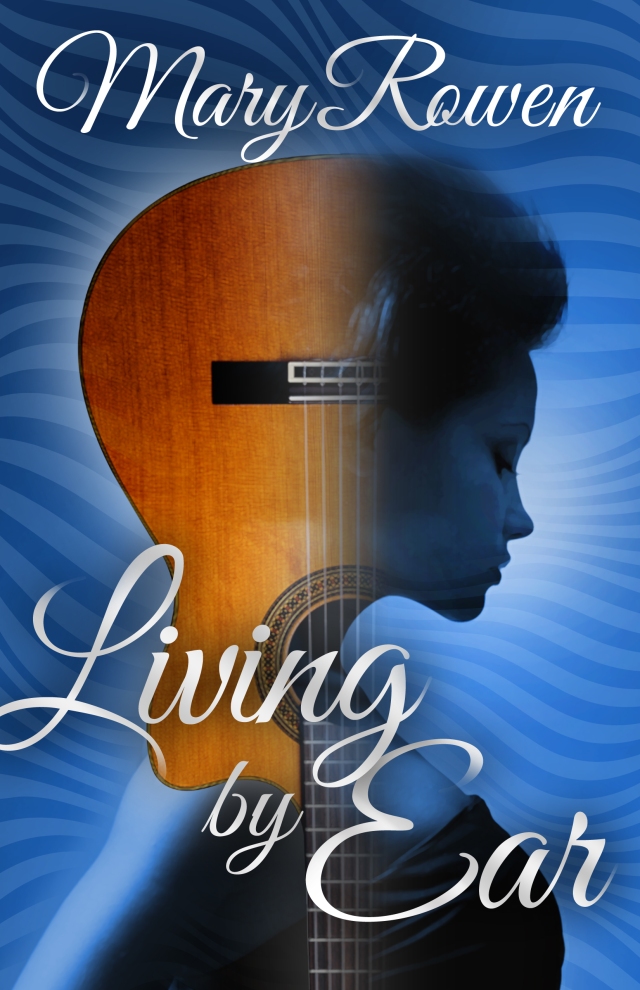 Today, I’m finally able to reveal the new cover for Living by Ear, designed by the brilliant Greg Simanson.

The entire book has gotten a facelift–including a bit of an edit–from my wonderful publisher, Booktrope. Thank you a million times to all members of the amazing creative team who worked so hard to make this happen.

Living by Ear will be officially relaunched on Tuesday, September 16th. Here’s a the blurb from the back cover:

What happens when the world you love doesn’t press pause when you do? Singer-songwriter Christine Daley hit the streets of Boston and became a minor celebrity—with a local radio hit—in the 90s, but a “short” career break to marry and have kids changed everything. Now, sixteen years later, she’s a frustrated suburban housewife, struggling to find her place in life.

After filing for divorce, she learns that her attempts to reestablish her own rhythms—both in music and in love—are more complicated than she’d anticipated. Her two teenagers are desperate for their mom, and her soon-to-be-ex-husband is throwing every obstacle he can in her way. Adding to the stress is the progress in technology, which has not only changed the music industry, but also the dating world. Is there room in the mix for Chris?

My three published novels, LEAVING THE BEACH (a 2016 IPPY Award winner), LIVING BY EAR, and IT DOESN'T HAVE TO BE THAT WAY focus on women figuring out who they are and what they want from life. Music and musicians have a way of finding their way into the stories. I live in the Boston area with my family and pets.
View all posts by Mary Rowen →
This entry was posted in promos, Uncategorized, writing and tagged Booktrope, cover reveal, greg simanson, living by ear, mary rowen, new fiction, women's fiction. Bookmark the permalink.

4 Responses to Cover Reveal! A Beautiful Facelift for Living by Ear!